Asbestos was once a widely used material: cheap, strong, fire and water...

Asbestos was once a widely used material: cheap, strong, fire and water resistant, and sound-absorbent, it was valuable in many applications – from building to automotive manufacturing to a range of fire resistant products.

Asbestos is a naturally-occurring mineral, which exists in various forms, including white, blue and brown asbestos. But what all forms of asbestos have in common is the thin fibres which the substance is made up of.  It is these fibres that pose a threat to humans – when the fibres are inhaled, they can cause serious damage to the lungs.

This program has been produced to be shown to all personnel who may potentially come across asbestos in the workplace.

Chemicals are a fact of life. All living things are made from chemicals...

Chemicals are a fact of life.

Every workplace, office, factory, warehouse or plant, uses chemicals to some extent or other.  Chemicals range from mild cleaning agents through to highly corrosive, flammable and poisonous substances that are used for different processes and applications.

The safe handling and storage of all chemicals regardless of where they are used requires a commitment by everyone to follow safe work procedures.  The realisation of the risks and an ongoing program to minimise the hazards will reduce accidents and make your workplace a safer workplace.

CLP stands for Classification, Labelling and Packaging. The CLP Regulation...

The CLP regulation aims to provide a logical and comprehensive approach to defining Physical, Health, and Environmental hazards of chemicals.

The programme covers the following areas:

It is true that there are many substances used in the workplace that are potentially hazardous to health BUT, it is also true that it is possible to work will all of these substances in a safe manner. 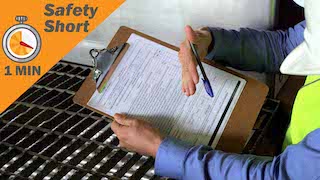 The only safe approach to working in confined spaces is to diligently follow...

The only safe approach to working in confined spaces is to diligently follow the instructions that are detailed in a Confined Space Work Permit and to utilise any personal protective equipment that has been identified as necessary. This safety short gives you a quick overview of Confined Space Entry Permits.

Every year there are serious accidents involving confined spaces in the...

Every year there are serious accidents involving confined spaces in the workplace. A significant number of these are fatal and it is not uncommon for accidents to result in multiple fatalities. In order to reduce the number of confined space accidents we need to have a fundamental understanding of the hazards and risks that are associated with confined spaces.

The next section covers the four main reasons why accidents occur in confined spaces.

Featured in the program is the approach that should be taken to deal with the two major hazard groups associated with confined spaces, which are hazardous atmospheres and energy sources.

Confined spaces can be safe if approached in the right manner. 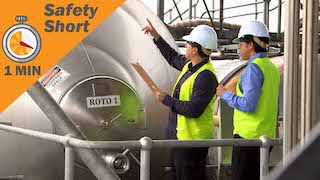 Every year there are serious accidents involving Confined Spaces. This...

Every year there are serious accidents involving Confined Spaces. This safety short explains how you can define what a Confined Space is. 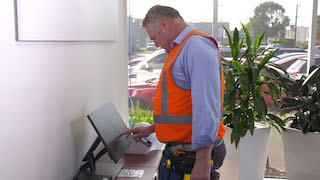 When attempting to provide a safe workplace, it is important to consider...

When attempting to provide a safe workplace, it is important to consider everybody who will set foot in that workplace or on it’s grounds. This includes, not only regular staff members but also contractors and sub-contractors.

When planning a project that involves contractors, health and safety must be part of that planning.

Communication between managers, contractors and all staff is a necessity to keep everyone not only productive, but safe. 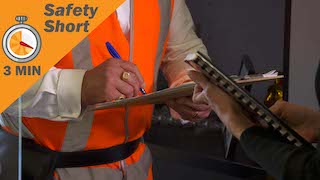 At the beginning of the job, contractors, along with everyone doing work in...

At the beginning of the job, contractors, along with everyone doing work in the location, should receive a safety induction. This safety short gives you a quick overview of what a safety induction is and what information should be included in it. 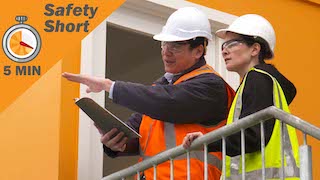 Consideration of health and safety issues must begin at the planning stage,...

Consideration of health and safety issues must begin at the planning stage, before the contractor has started work. This safety short covers some important questions that should be asked when planning work for a contractor and potential hazards a contractor may encounter. 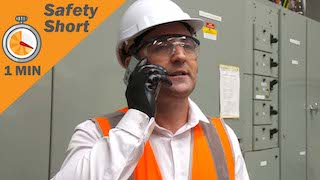 One of the most important considerations in contract management is so-called...

This programme covers COSHH and the CLP Regulation. COSHH, which stands...

This programme covers COSHH and the CLP Regulation. COSHH, which stands for the Control of Substances Hazardous to Health, is the set of regulations that aims specifically to address the health issues of using hazardous substances in the workplace with its primary aim being to prevent ill health.

COSHH covers the vast majority of substances and mixtures of substances, used or produced in the workplace, that are potentially hazardous to health.

The programme covers the following areas:

The Requirements of COSHH

COSHH supplies us with access to knowledge about hazardous substances that we use.

Combining this knowledge with established safe work procedures is the best way we can avoid accidents, injuries and illnesses associated with the use of hazardous substances.

Most workplaces are literally surrounded by a maze of electrical circuits....

Most workplaces are literally surrounded by a maze of electrical circuits. Cables, conduits and extension cords deliver electricity to plant, equipment appliances and lights.

The vast majority of people know very little about electricity and this lack of knowledge makes it very difficult for people to recognise potential hazards. Without a basic understanding of how electricity behaves and what effects electricity can have on the human body, it is very difficult to understand what we as individuals can or should do, to reduce the risks associated with specific electrical hazards.

This program contains the following information:

Effects of Current on the Human Body – explains what effects
different current levels will have on the body. Also explains
how the resistance offered by the human body can vary under
different circumstances.

Common Hazards – this section looks at the most common
hazards found in the workplace, including overhead power
lines and the use of extension cords.

Hazard Control – this section identifies human error as the
number one cause of electrical accidents in the workplace.
The section also covers the most common ‘do’s and don’ts’
that apply to electrical safety and finishes  with information
on the wearing of appropriate personal protective equipment.

It's important to have a basic understanding of how electricity behaves if...

It's important to have a basic understanding of how electricity behaves if you intend to work with it. This safety short gives you some facts to consider when working with electricity.

In addition to the potential for injury and death, electrical accidents in...

In addition to the potential for injury and death, electrical accidents in the workplace can result in a wide variety of outcomes including damage to equipment, fires and explosions. This safety short outlines the important rules to consider when working with electricity.

Most electrical accidents occur as a result of existing control measures...

Most electrical accidents occur as a result of existing control measures being either ignored or violated. This safety short gives you a quick overview of some do’s and don’ts when working with electricity.

Every year, vast quantities of chemicals are sold and shipped, for use in...

Every year, vast quantities of chemicals are sold and shipped, for use in workplaces around the world.

And, with a global level of trade comes a need to ensure that the hazards pertaining to chemical products are clearly communicated - regardless of where in the world those products are being put to use.

While national laws and regulations relating to chemicals may be similar, they are often different enough to require multiple sets of Labels, Safety Data Sheets, and other information when being traded internationally.

All this creates the potential for confusion - which, when dealing with hazardous chemicals - could have disastrous consequences in the workplace.

Developed at the UN level, the Globally Harmonised System of Classification and Labelling of Chemicals (or GHS for short) aims to develop a single, globally harmonised system to address:

This program provides an overview of these elements as your workplace makes the transition to the GHS.